Ward Johnson is the Johnny Appleseed of the Milkweed World 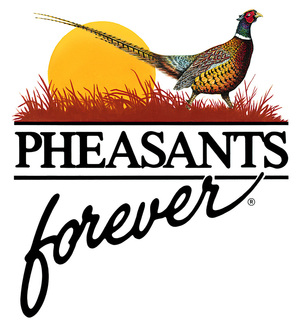 I made my annual trip last weekend in the middle of my mid-winter blues to the 2015 Pheasant Fest in Des Moines Iowa.  These events started in 2003 and have been held in places like Kansas City Missouri, Omaha Nebraska, St. Paul and Bloomington Minnesota and Milwaukee Wisconsin.  They normally attract about 25,000 attendees and it shows little signs of letting up. I have been to every one.

Every time I go, I see some things that are familiar and some new. I listen to every dog training seminar that I can fit in and there is always a new habitat story to experience.

There is the parade of dignitaries that speak from various agencies and organizations and several big banquets that I have no where enough money to compete at.  African safaris are a little out of my wheelhouse.

I did meet an interesting gentleman by the name of Ward Johnson.  Now I would not call Ward an old guy but he is a few years my senior. He was sitting in a small booth on the end of one of the many rows of vendors selling every thing from miracle brooms to Gordon Setter puppies. On the table in front of him it looked like the contents of the Gournees Seed catalog was spread out across the table top.

Curiosity got the better of me and I had to saunter up there and see what the seeds were for. They were marsh milkweed seeds.  Anything that has the term milkweed in it will most likely be something to be killed by many folks.  Milkweeds used to be very common but now are all but a rarity in most places. It is the demise of the milkweed that it resulting in the disastrous decline in monarch butterfly's in North America.

With the advent of round up ready crops, every acre of crop is sprayed with this weed killer. There are no milkweeds left along fence rows and around wetland borders.  With the decline of the milkweed the collapse of the monarch butterfly is close behind.  I wrote a column a few months back about the decline of the monarch butterfly along with many other pollinators like wild bees and honey bees.

The plight of pollinators has been in the news a lot lately and there is a group that is trying in their own little way to make a difference. The Save Our Monarch Foundation is spreading not only the word on the plight of monarch butterfly's but also the salvation and solutions to their future.

SaveOurMonarchs.org is spreading the word about the importance of milkweed to monarch butterfly recovery but also the very seeds that need to be planted as to make that recovery happen. They handed out hundreds of packets of marsh milkweed seeds to anyone who would be willing to plant them.  They gave out the instructions as to when ad where they should be planted.

In addition to actual seeds they distributed hundreds of postcards with information as to how a good old outdoors person could get more seeds and help them with their mission.  They are trying to get hundreds of folks across the United States to become impassioned for saving monarch butterfly's.

Milkweed plant leaves are the only food source a monarch caterpillar will eat in its life cycle.  With no milkweeds there will be no monarchs. It is their hope that if every garden club member can get on board and plant milkweeds as part of their annual vegetable or flower garden that this milkweed decline can be reversed.

These same garden club members can also spread the word and if one tells ten and those ten tell ten more the word can be reached by a very large audience before it is too late.  I read at the current rate of decline that the monarch migration that takes place every fall to a certain spot in Mexico where they overwinter might be a thing of the past in as little as 10 more years.  The butterfly's have been doing this for thousands of years and to think that human actions might cause this migration extinction is pretty scary.

It will take a lot of planters from all over the county to plant a few of these import plants and care for them if this effort is to be successful.  The seed packets that they handed out were free but if you wanted or could use these in greater quantities they were available for a small donation.

I went to saveourmonarchs.org and read up on the subject and am going to try to do my part.  It requires very little effort and not very much money to help out this effort. I know what a marsh milkweed looks like and I know for a fact that there is not a more fragrant smell anywhere on planted earth.  I am going to order a supply and if all you need is a packet or two you will be able to get them from me at my office at LPL Financial Services at 1321 Smith Ave.in Worthington.

I encourage you to go the website and order a bunch and share them with your friends. Maybe butterfly's are not your thing but pollinators in general are everybody's thing. The majority of our food sources are very dependent on these little pollinating creatures and anything that will benefit a monarch will also benefit those other pollinators.

The snow is deep and it is easy to say I will get to this later. Contact these folks now and get the seeds under a magnet on your refrigerator so you will see it every day and make sure that when the conditions are right that the milkweeds will come up in your yard like they should.

Ward Johnson was just another wildlife conservationist doing his thing for the part of the natural world that he holds dear.  Everyone needs a spot in their heart for this work. Watching a batch of monarch butterfly's make you backyard their preferred home is satisfying no matter who you are.